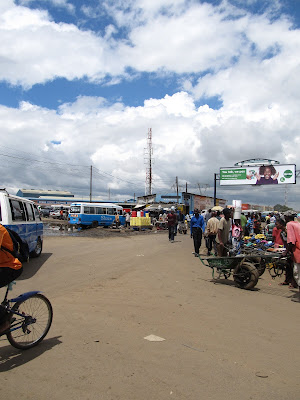 When I was first working on my Watson application I decided to add Zambia to my line up of countries for a variety of reasons. I wanted to visit a country in southern Africa and had heard that in Zambia most people speak English and are notoriously friendly. Zambia is conflict-free and home to an amazingly diverse population largely due to the fact that it borders eight other African countries. The fact that it's home to one of the seven wonders of the world also did not escape my attention.Because of its diverse population, Zambia kept coming up as I looked up naming traditions in various African countries. I read some websites that claimed Zambians named their babies after days of the week (only true in a couple of cases), some websites trying to make a compilation of names from different Zambian tribes, and one website that said there is a coming of age ritual in Zambia where thirteen year-olds choose an adult name for themselves. I thought talking to thirteen year-olds about what names they were going to choose for themselves and how they chose them would be particularly interesting in the context of my research in so many different places.

When I got to Zambia, this myth was quickly dispelled. Although coming of age ceremonies still happen in some parts of Zambia and in some tribes, there was no universal name change at age thirteen, and I’m not quite sure why the author of this webpage thought there was.

It seems funny to me now that I came here with the intention of talking to thirteen year-olds going through coming of age ceremonies, and landed instead in this bustling city where most people have names like John and Frances. That said, there has still been plenty to write home about. Zambia has given me what is probably the most eclectic sets of names I’ve encountered on my travels so far, and some of the most interesting stories. I’ve gotten to talk to people about babies being named after the circumstances of their births, having multiple names (and floating names), how names act as titles, and the introduction of biblical and English names in Zambia. Nothing was straight-forward. With only a few days left in the country (how did that happen?) I've decided that before I leave, it’s important to me to let the names speak for themselves.

I’ve compiled a list of some of the names I’ve learned from people here, the names that may or may not be official. I've found that a lot of these traditional names might still be a fundamental part of someone's identity, but often today, are floating. 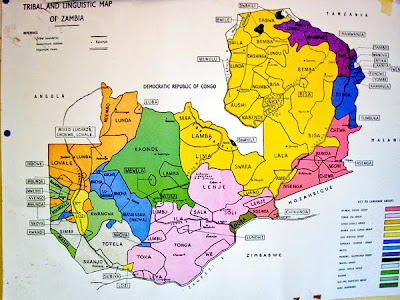 Chilufya-Memory of a lost ancestor (Bemba)

Chola-Literally meaning “a bag”, Chola is given to a baby who comes after twins (Bemba)

Kamusu-“From the herbs”, given to a baby whose mother took medicinal herbs to help her become pregnant (Bemba)

Lupupa—“The Softest Part of Your Heart”; what you cherish the most (Bemba)

Miyanda--“From the herbs”, given to a baby whose mother took medicinal herbs to help her become pregnant (Tonga)

Mphundu-Nickname used for a set of twins (Nsenga)

Mwape-Born with one grandparent (Bemba)

Sakayamali-“Sack of money”, given to a whose family receives lots of gifts at her birth

Tikambenji-“What is there to say?”; Given to a baby who was unexpected (Bemba)

This list is by no means comprehensive. It was collected solely from conversations with people here, so some of the definitions and spellings might be a bit subjective. There are also a lot of tribes and names that are left out because of who I ended up speaking with, and where in Zambia I was based. There is a lot of room for improvement, but it's a start. 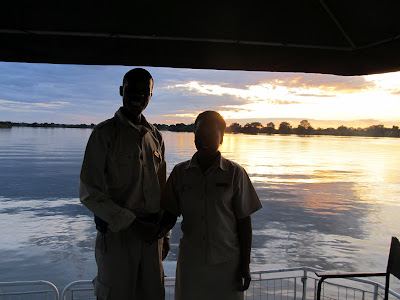 I went to Zambia expecting to focus my research on conversations around this one coming of age naming tradition. I had a lot of other conversations instead. I met a Sakayamali who goes by Priscilla at school, I met a man named Lovemore Banda. I saw a picture drawn by Memory Mwale and I now could tell you what the President of Zambia’s middle name (Chilufya) means. I learned to ask my questions about names but also shrug sometimes because some things are passed on for generations and generations and their original meaning or motivations become irrelevant. Kind of like the idea that thirteen year-olds name themselves at coming of age ceremonies, and no one really knows if that happened and died out, or ever really happened at all. Or maybe I just looked in the wrong places. Tikambenji. What is there to say?

Nell
I graduated from Swarthmore College in 2011 as an English Literature/Theater Major. From July 2011 to July 2012 I'll be traveling to seven different countries on a Thomas J. Watson Fellowship to study naming practices around the world (www.watsonfellowship.org). You can reach me at nell.a.bangjensen@gmail.com.